How You Can Help Your Dog Through a Phantom Pregnancy

Phantom pregnancy in dogs is a condition which is a tiresome one for the owner as well as the dog. Bitches who suffer from this can often go on to experience it at every subsequent season, which is where our herbal supplements can help.

Symptoms of Phantom Pregnancy in Dogs

You often will notice the obvious physical symptoms of false pregnancy in dogs, such as milk production and swollen teats, but sometimes emotional symptoms can also be quite common for bitches going through a phantom. Often they become very unsettled, carrying around their toys and making nests. This is not surprising as they must be very confused about what is happening to them, especially the first time they suffer from this! It is not always the case that they suffer with all these symptoms; sometimes it can be a case of being a bit bloated and ‘out of sorts’.

Herbal Remedies For Phantom Pregnancies in Dogs For Future Use

False, pseudo or phantom pregnancies can affect un-neutered bitches due to individual response to normal hormonal changes associated with her season. They usually start after the first or second season and unfortunately, if your dog has a tendency to these, she’s likely to suffer season after season with symptoms of increasing severity. These symptoms range from mild unsettled behaviour to more extreme nesting habits such as carrying toys, looking for pups and depression. Physical changes can also occur, including a change in body shape, enlarged teats and even milk production.

Prevention really is the best answer for a bitch who is prone to phantom pregnancies. In extreme cases where pseudo-pregnancy in dogs occurs at every season, it may be advisable to seek veterinary advice regarding the ultimate spaying of the bitch if she is not going to be bred from. However, if this is not an option, then try Raspberry Leaf Tablets for dogs which have been used successfully to help many bitches in this situation.

These tablets need to be given at a dosage rate of 1 tablet per 10kg bodyweight twice daily from the first sign of her coming into season. This dose should be continued for twelve weeks, which is up to the time when she would have whelped had she been mated. The use of Raspberry Leaf Tablets for dogs has been extremely successful in preventing phantom pregnancy in dogs for many bitches over the long period of time that Dorwest Herbs have been manufacturing them for the prevention of this condition.

Remedies For Dogs For Immediate Use

If is too late for Raspberry Leaf Tablets For Dogs and your bitch is actually going through a phantom pregnancy, there is assistance available that will help to reduce the symptoms and make her more settled while it lasts.

There is a homoeopathic remedy, Pulsatilla 15C, which can help a lot. This should be given every 2 hours for the first 12 hours and then four times a day until the symptoms reduce. Very often a bitch will have swollen teats and will start to produce milk; this is one of the more obvious symptoms. Limiting the amount of cereals you feed will help to minimise those symptoms, as will, within reason, not giving extra fluids, as both of these encourage milk production (but always keep water readily available). At the same time, give the homoeopathic remedy Urtica 3C, which is specifically used to suppress milk production and one of our most widely used homoeopathic remedies for dogs. As with the Pulsatilla 15C, give it every 2 hours for the first 12 hours and then three times a day until the milk flow reduces.

Psychological Aspects of a Phantom Pregnancy in Dogs

While the above tips will help with the physical symptoms of a phantom pregnancy in dogs, it is the psychological aspects that are as distressing for us as owners as they are for her. We find it upsetting to see our bitch being upset and confused by what is happening to her. Effects may include anxiety, confusion and general insecurity that often results in her wanting to cling to us more than usual. The best way to help, apart from reassurance and lots of cuddles, is to give Scullcap & Valerian Tablets at a dosage of 1 tablet per 5kgs bodyweight twice a day. Scullcap and Valerian Tablets for dogs helps anxiety and stress, so it will help her to feel more calm and relaxed, and she will be noticeably less fretful and worried by the condition.

We would always recommend giving Evening Primrose Oil Capsules for dogs to all bitches after a season as it helps to restore hormonal balance and also avoid that ‘moody’ phase that many bitches suffer from!

Find out more about how veterinary herbal supplements can help your dog by getting in touch with our friendly team on 01308 897272 or use our contact form. Plus, get free UK delivery on orders over £50.

Please remember, you should consult a vet if your bitch does seem not herself after a season. There are other life-threatening conditions such as pyometra, which can develop very quickly, so it is always best to get her checked out by a veterinary professional.

Recommended in this Blog 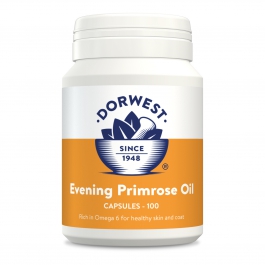 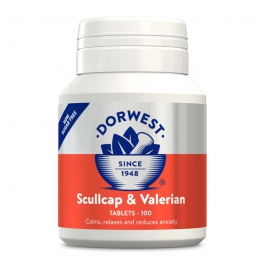 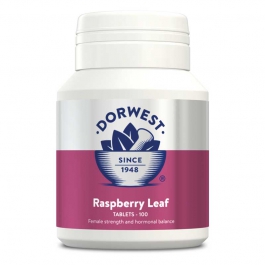 Raspberry Leaf Tablets For Dogs And Cats
Natural support for your bitch or queen, whether pregnant or not 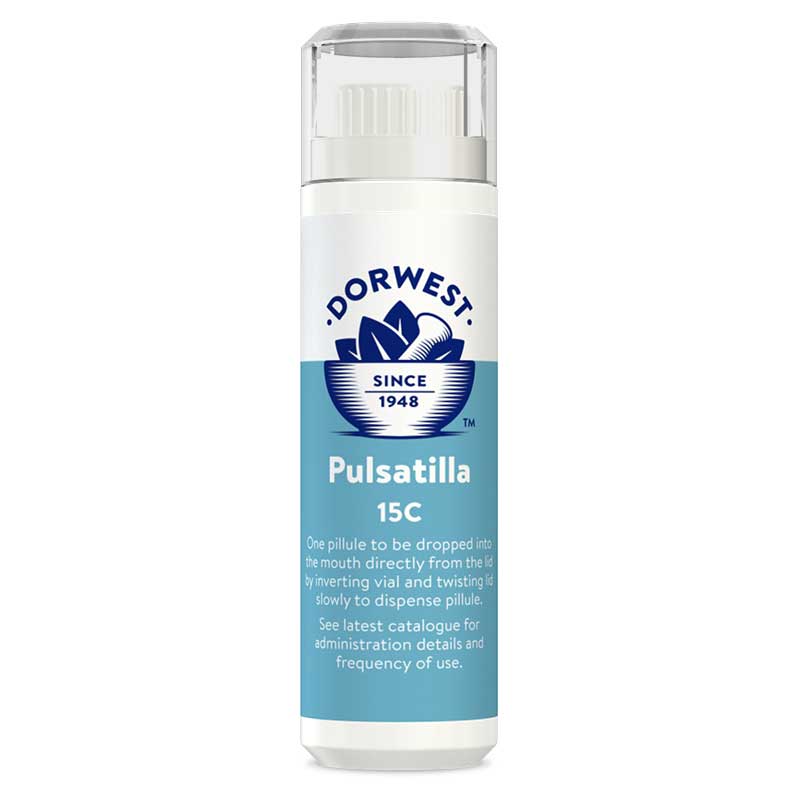