Peanut Butter – Is it safe for your dog?

There have been many articles and stories in the press and on social media recently about the possible dangers of giving Peanut Butter to dogs, so we thought you might find it useful to have some more information on this.  We’ve done some research and this is what we’ve found out, we hope it helps. 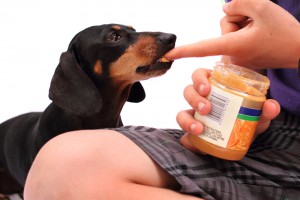 Firstly, how common is it for owners to give peanut butter to their dogs?  There’s no doubt that they really like it and so as well as giving it as a treat, it has become a good way to hide medication or even more commonly to put it into toys that are designed to hold treats to keep pets amused when they have to be left for a period of time, or incorporated into home-made treats – we made some ourselves recently and know how much dogs love them.  Nothing wrong with any of that and in fact it seems a jolly good idea – so what’s the problem now?

Well the good news is that most of the peanut butters available in supermarkets in the UK are fine to give to your pet, and there are lots of doggie treats containing Peanut Butter and these are ideal to give as they have been made especially for dogs and the manufacturers will of course have only used ingredients that are safe.

The problem occurs because some peanut butters have recently been re-formulated to remove the sugar, which of course is desirable from a human health point of view, but in some cases this has been replaced with xylitol – and that is very toxic to dogs and so dangerous to give. Xylitol has been used as a sugar substitute for decades but as sugar-free foods have become more popular it’s use has increased dramatically in the last few years. It tastes and looks like sugar and is also sweet but contains only half the calories, so we can all see how this has to be a good move for peanut butters made for human consumption.  It’s worth noting that at the moment those containing xylitol are mainly the American brands but already it seems it is being introduced to brands in the UK and also used in other foods – so check those labels if you give this to your dog. 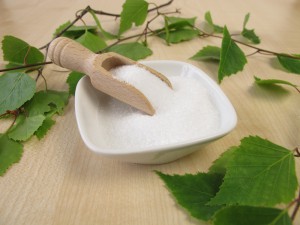 So what exactly is the problem with xylitol?  Well, although it is safe for people to have, it is extremely toxic to dogs as even small amounts can cause hypoglycæmia (low blood sugar), seizures, liver failure or even death in dogs.  As with many things, the more they take in, the greater the risk. When a dog eats something containing xylitol, it’s quickly absorbed into the bloodstream, resulting in a large release of insulin from the pancreas. This results in an extreme decrease in the level of blood sugar (hypoglycemia) and it can happen very quickly, within 10 to 60 minutes.

It isn’t just Peanut Butter that it’s now in, but many other products too, so you do need to be on your guard if you give any human food to your dog or if they scavenge human food.  The most common source of xylitol poisoning is sugar free gum, but it is increasingly being used in many other foods.

We’ve said many, many times that you shouldn’t give any human foods, supplements or medicines to your pet as there are a number of human substances that are fine for us but lethal, or at least dangerous, for pets.  Many people seem to believe that all human food products are made to a higher and safer standard than that for pets – this is simply NOT TRUE.  Don’t take risks with your pet – only give them foods, treats, supplements and medicines that are formulated and produced just for them. 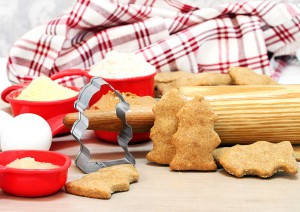 Dogs seem to love Peanut Butter and there is no need to stop giving it or adding it into homemade treats, just make sure you use one that doesn’t contain xylitol or instead buy treats made for dogs which you know will be absolutely fine for them.

2 thoughts on "Peanut Butter – Is it safe for your dog?"