10 things you didn’t know about your dog’s skin 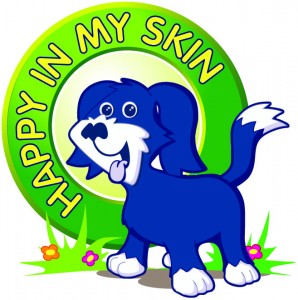 10 things you didn’t know about your dog’s skin

1. As delicate as a baby. Dogs’ skin is actually very different from human skin. The pH of human skin is around 5.5 (acidic), while that of dogs is around 7 (neutral) to 8 (slightly alkaline). That’s why canine shampoo has to be specially formulated for dogs with a balanced pH to prevent drying out and itching. Babies also have a more neutral skin pH like dogs, which becomes more acidic over time – hence why babies need special shampoo too.

2. A tough cookie but thin skinned. Dogs’ skin is only three to five cells thick; where as a human’s is between 10 to 15 cells. Damage to those fragile outer layers can lead to infections, irritation and inflammation. This means that shampoos and skin products formulated for humans will be far too harsh for even the most macho of dog breeds.

3. Sweaty feet for a speedy getaway.Contrary to popular belief, dogs DO sweat and they DO have glands located on their bodies, just like humans. However, it is only the glands in dogs’ paws that act to reduce heat by releasing a substance equivalent to sweat in humans and the glands on their bodies mainly produce pheromones for scent marking.  These paw glands are also activated in nervous or frightened dogs which is thought to help doggies in danger make a quick getaway!

4. Ditch the unnatural nasties. Avoiding shampoos that contain artificial additives or ingredients such as surfactants sodium lauryl sulfate (SLS) or sodium laureth sulfate (SLEs) are a must when it comes to stopping that canine itch as these unnatural nasties can cause skin irritation. In contrast, natural shampoo ingredients such as oatmeal can have a calming, soothing and moisturising effect on sensitive skin so it important to select wisely when it comes to washing your dog.

5. The hair of the dog. Unlike humans, dogs have three types of hairs: a soft undercoat for warmth (secondary hairs), longer guard hairs for protection (primary hairs) and whiskers (tactile hairs) – although puppies lack primary hairs. Whereas human hair also tends to be the same colour for its whole length, dog hair can have a range of colours throughout its length, known as ‘banding’. CSI fans may want to note that this is one of the ways forensic teams differentiate between dog and human hair left at a crime scene.

6. Not all bacteria are bad.It is normal for dogs to have a level of bacteria living on their skin which actually has a protective function. A common bacteria found on the healthy skin of dogs is Staphylococcus which usually doesn’t cause a problem. However, when the skin barrier or immune system is compromised such as by other disease or an allergy, these typically harmless microbes can multiply and cause a bacterial infection. A healthy, well cared for dog is better able to maintain that balance of healthy bacteria and fight off unwelcome invaders.

7. Good grooming- more than just skin deep. Just as people may have preferences for bobs, perms or mullets, dogs can be clipped professionally in different styles such as the teddy bear, lamb cut or lion cut. General brushing and grooming spreads the skin’s natural protective oils across its surface, it also increases circulation and blood flow – all of which help to maintain sumptuous skin. The average dog has between 100 and 600 hairs per square centimetre over its body.

8. Dogs don’t tan. Unlike humans, dogs don’t have the ability to tan with repeated exposure to the sun. It is the substance melatonin that provides the skin with sun protection and gives it its colour which is lacking in lighter skinned dogs putting them at increased risk of burning. However, the coat also provides an effective screen against the sun, so hairless dogs or those with sparse coats are also more likely to burn. Whatever the skin colour or coat of a dog, shade should always be readily available. Supplements high in iodine and iron, such as elderberry and nettle extract may help maintain healthy skin pigmentation.

9. Let sleeping dogs lie –  just not in your bed!  Dust mites present in your bedding can aggravate or be a cause of canine skin problems and a trigger for allergies so it’s best not to let your dog bunk in with you at nights. Washing bedding at 60 degrees+ is essential to kill the bed bugs. And for those special doggy teddies and much loved soft toys that can’t be washed – pop them in the freezer for 12 hours once a month to kill the mites.

10. Bath time! The modern myth that you should not wash your dog too often arose from the time when unsuitable human shampoos were the only option. These days a well formulated dog shampoo can be used more frequently without causing problems. It’s also true that some dogs tend to disappear as soon as the word ‘bath’ is mentioned (they can read your body language!).

Cat coming through! Cats’ whiskers are touch receptors and grow to the width of the widest part of a cat’s body so that they can sense whether they can fit through small spaces. The mechanism sometimes doesn’t work for overweight cats – potentially leading to some very tight squeezes.

The feline fingerprint. Cats’ whiskers are situated in four rows in an arrangement as individual as a fingerprint.

You touch, I blink. Any touch to the whiskers will make a cat automatically blink in order to protect their eyes.