Meet The Pawscars ‘Exhibitor of the Year’ nominees 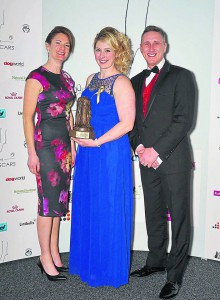 Now in it’s fourth year, the Pawscars is the culmination of the show dog year that aims to congratulate those who have excelled in their expertise. Many of you may already know, we were privileged to have won Trade Stand of the Year in its inaugural year and also last year, and as it’s voted for by you, we feel humbled. The other reason we are always excited for The Pawscars is the ‘Exhibitor of the Year’ category. We have sponsored this category from the beginning, as it’s an award to highlight those exhibitors who have excelled not just in the show ring but also supported many others and shown what is good about dog shows. Last year Sam Dyer won the coveted award, below we find out about this years excellent nominees and don’t forget, voting is still open until February 8th! Vote here! 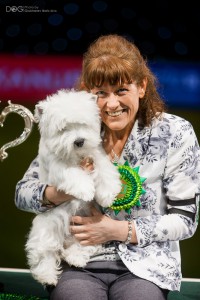 I would firstly like to say thank you to those who have nominated me for this award.  To be rewarded for something I love so much is just something else.   Showing dogs isn’t just a hobby to me its a way of life, a life that has brought me so much joy and introduced me to some wonderful people.   I have owned & shown Westies for 25 years & just adore the breed.  My biggest achievement was to win BIS at Crufts last year, something I would of never dare to dream could happen to me. 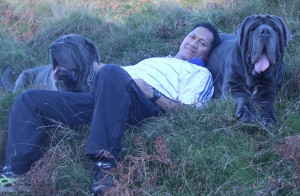 My Neapolitan Mastiff Freddo and I had a really special time together in 2016, starting with Best of Breed at Crufts and ending UKs Top Dog in December. We made a lot of new friends along the way and were so proud to represent in the Working Group and on the Pedigree Paws Unite walk, a really special day. I came to the dog world 15 years ago and as a former pro athlete and rugby player, tried to bring the same attitude to showing dogs, by being part of a team and supporting my breed. I learned more from losses and disappointments than from wins, as they made me more determined to get it right. The aim was to show the real beauty of a Neapolitan Mastiff to everyone and maybe I achieved it with this nomination. I was really shocked, as see so many fantastic handlers and dogs competing, so was emotional to think anyone believed I was at that level too. The support has been really amazing from so many in the dog world and even my family back in Tonga. I just want to thank them all and the Pawscars committee for this really unexpected recognition for my amazing and special breed, The Neapolitan Mastiff. 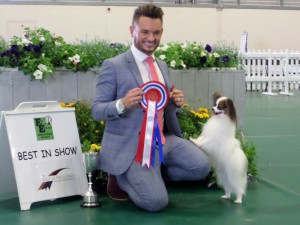 Glenn started showing some 27 years ago at the age of 6 & in 2016 he will have awarded CC’s in Papillons 6 times. Glenn feels very blessed to have experienced the success he has had in Papillons with his Mum Irene & is very proud to have one of the most established and successful kennels in the breed ‘GLENIREN’, over the years accumulating historic awards such as the CC Record Holders in both Papillons & Phalenes as well as the Male & Female CC record Holders, champions all around the world and Supreme Champions in both New Zealand & Australia establishing some of the most successful breed lines to date. 2015 brought phenomenal success with our homebred Multi All Breed BIS CH ‘TRAVIS’ being the 1st Papillon ever to win 2 or more All Breed BIS’s & the 1st in history to be crowned Top Dog All Breeds.

2016, another special year where Travis totalled 12 Group 1 wins and 4 BIS’s as well as Top Papillon & Top Toy for the 2nd year running & Number 4 Top Dog All Breeds. Glenn feels so blessed to have experienced these incredible adventures & has huge gratitude for the support from so many exhibitors & friends from around the globe. A proud moment in 2016 was supporting the ‘PPU & Peek A Boo Trust’ raising over £2,000.00 in funds. Glenn feels so humble & privileged to have been nominated for this award, in such fabulous company. Glenn adds a personal thank you to everyone who has voted for him, you all inspire him to be better every day. 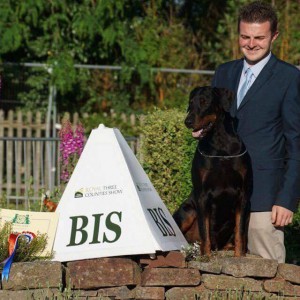 I have grown up with dogs all my life with my father and mother showing dogs under the affix Tuwos. I started showing interest in showing going to the shows with my dad. I first showed at the age of 11 and won BOB in Dobermanns and beat my dad also; so from then on the show bug bit well and truly. Since then I have handled across all groups making up champions, winning BIS at Three Counties, Bath and Windsor with two different dogs, winning both CC’s in Dobermanns at Crufts last year and co-owning the current Bitch CC Record Holder in Dobermanns then as they say the rest is history. I want to thank each and everyone of you who put me forward to be a nominee and also everyone for your votes. Good luck to all nominees in each category. Thank you again and I will see you on the night! 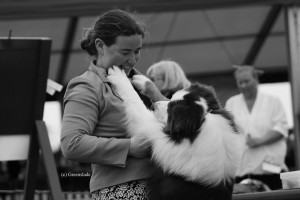 I am amazed to have been nominated for such amazing award and I would like to thank all who have nominated me. I have always had a love of dogs and have taken part in a number of activities with them over the years starting as a junior handler. I spend all my free time with the dogs including shows or training up and coming junior handlers. I find it hard to pick just one greatest achievement as I have been fortunate enough to have so many over the year but two that come to mind is taking BIS at LKA in 2015 with Nora after only show her for a few years, the second is taking the 3rd and crowning CC with Ace who was my dream dog and breed (Australian Shepherd) as a young child.