Pawscars 2016 – Exhibitor of the Year

Now in it’s third year, the Pawscars is the culmination of the show dog year that aims to congratulate those who have excelled in their expertise. As many of you may already know,  we are thrilled that Dorwest have been nominated a second time after winning Trade Stand of the Year in its inaugural year, so fingers crossed we get lots of votes this year!  Dorwest are also the proud sponsor of ‘Exhibitor of the Year’ category.

Dorwest have supported dog shows for over half a century and this year will be our 43rd year at Crufts, one of the longest standing trade stands. In that time we have seen many Exhibitors and the way in which they support each other inside and outside of the showring. This years nominees in the Exhibitor of the Year category are Marita Rodgers, Michele Farleigh and Sam Dyer. Find out more about them in their own words below and vote for your Exhibitor of the Year at the Pawscars website – Vote Now 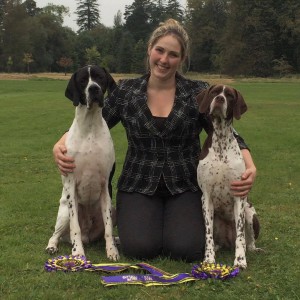 Sam Dyer – “I would like to thank everyone for their nomination and for everyone that has voted. I feel very honoured and privileged to be thought so highly of amongst my peers. I’ve had a great 2015 with all of our dogs but notably “Juicy” Sharnphilly Juici Cuture. Juicy has had a very successful year being Top Gundog and being our first all breeds BIS winner. We put a lot of time and effort into giving the dogs the best possible life which makes them happy, healthy and enjoy the showing side. All our dogs live in the house as part of the family, they have free running everyday and enjoy swimming in the local reservoir. They have good quality food and the results speak for themselves. Lastly I would like to thank my mum Sharron for being a clever breeder and allowing me to show some exceptional dogs, and for my fiancé, Matt for supporting me throughout and to all our friends for their continued support through what has been a phenomenal year.” 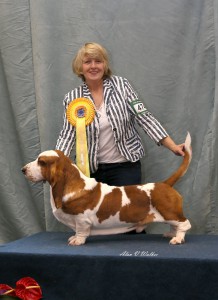 Marita Rodgers – Marita is a renowned handler having won not one but two Best in Shows at Crufts with an Afghan Hound and Standard Poodle in 1983 and 1985. She has bred and shown over 50 Champion Poodles in all three sizes, Standard, Miniature and Toy. She has also made up champions in Bichon Frise, Afghan Hounds, Basset Hound and Petit Basset Griffon Vendeen. Marita has been showing dogs from the young age of seven with support from her parents and quickly saw success winning a Challenge Certificate at 11 years old. She won her first Best in Show at thirteen when she showed three Poodles at the British Toy Poodle Club open show. 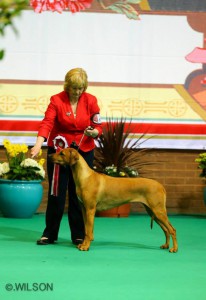 Michele Farleigh – “I am absolutely thrilled to have  been nominated for exhibiter of the year 2015. It has been a fantastic time for us bringing much success to Kinabula, achieving Top Rhodesian Ridgeback, Top Cirneco Dell Etna with Cirneco’s, also taking Top Stud, Top Brood Bitch and Top Puppy from import classes. We also went to the World Show and were awarded BOS with our Rhodesian Ridgeback. I feel very proud to have gained top honours from some of the most respected judges in this country and abroad. Exhibiting at dog shows is a great day out, meeting up with people who have the same interest as me and being around the dogs, there is always someone to laugh with and at each show I find I learn something new, it keeps me fit and healthy and it’s for all ages. I am not sure why I was nominated, but I am always cheerful and show good sportsmanship around the ring and try to give help and encouragement to people coming into the breeds.”

We congratulate all 3 finalists and wish them all the very best of luck!