One of our customers kindly wrote to us with the below story. We receive hundreds of advice calls just like this listing the same issues, so we thought this would be an interesting read that many of you could identify with, we hope it helps. 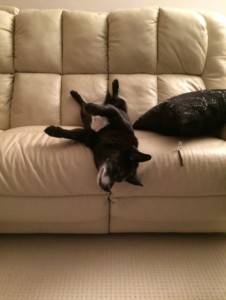 “Jack is 13 years of age and he is part Jack Russell cross part Dyson, due to his love of cleaning everything up, hence the name! We noticed at the end of Spring 2014 Jack was licking and scratching himself a lot more than normal, as summer temperatures increased it became an obsession to him. His frustrations were starting to creep into the night, where we would be woken at 3am by him scratching and licking furiously at his coat, paws and underbelly. He only found relief when we stroked him back to sleep on the floor in the cool air underneath an open window. Doing this we would comment on how hot his skin and ears seemed to be. Several visits to numerous vets were unfulfilling, and Jack was getting more frustrated and ripped some fur off the base of his tail, leaving an open wound. Enough! A good vet was found and antibiotics were given for the open wound and at the same time we started looking for nature’s cure for his skin ailments, and we found Dorwest Herbs via an internet search. We studied the information, read supporting messages and after two contact messages for advice at the beginning of June we ordered the ‘skin twin pack’ of Garlic & Fenugreek Tablets and Green Releaf® Tablets, we also purchased some Easy Green Powder and Oatmeal Advance Dog Shampoo. We began as advised adding the powder to his twice daily meals and also added the tablets to his meal to disguise them and he ate everything, it was clear he was enjoying it! We started bathing him in the Oatmeal Advance Shampoo and noticed straight away the product was much less aggressive than commercial shampoos, easy to use and plus he appeared to enjoy the experience. Visually he was a shiny new dog, with a much softer coat to the touch, but more importantly he was much less attracted to licking himself straight away! Over the coming weeks we could see a definite improvement, by mid-July he had almost stopped scratching and licking, his skin became cooler.  We then added Keepers Mix® to his diet and noticed his fur began to grow back on his damaged tail. We saw Jack return to his bouncy alert self with his swagger back and he once again donned his red harness rather like the Hasselhoff’s speedos, and went running across the beach. Jack was back! We do believe that the Dorwest products have been responsible for Jack’s new healthy outlook and we will continue to use them. We are so pleased to have a found a great company such as Dorwest Herbs, thank you most sincerely for your help and well done!” 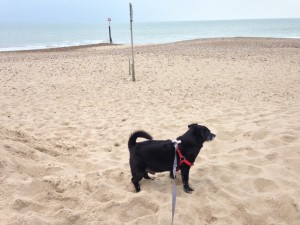