How my dog Addy coped with his firework fear

Here is a story from one of our Dorwest customers, all about how her English Setter Addy coped with his fireworks fear last Autumn. Sadly Addy is no longer with Gail and the rest of the family but she wanted to share his story

Both my dogs were rescue ones. Addy came from a terrible background from southern Ireland and when we first had him we couldn’t even touch him as he would scream.  Apparently he was used from a very young age as a gun dog and this left him with fear of noises all his life – whilst love and patience helped him overcome many problems it was always the noises that left their toll on him. 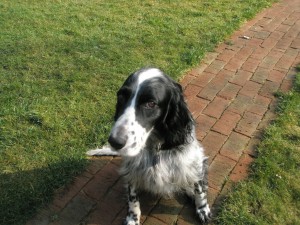 Usually with Addy he sensed things well before the storms or fireworks started. He would go very wide eyed and start getting restless well before the events. So before the fireworks season was upon us, a couple of weeks prior, I started using the Scullcap & Valerian Tablets. On the night of storms just as they started I gave him the Organic Valerian Compound to top-up, this usually took about half hour to take effect and then he began to calm – he was still aware of the storms but he was less stressed and his panting was considerable less.

For the organised firework events it was easy to predict and give the compound half hour before the organised events started, however it’s more difficult when the fireworks were unorganised events but I just gave him the compound and it started to work about half hour after. He was more relaxed although he did listen to the noise, he didn’t pant so much and managed to settle quicker when they had finished.

Lilly our other dog is partially deaf and is a very laid back girl so fortunately doesn’t have a problem.

Addy was an amazing wonderful boy and I am so grateful he was in my life although it was for only 5 years. I say he is up there now playing with my other English Setters, relaxed and happy. 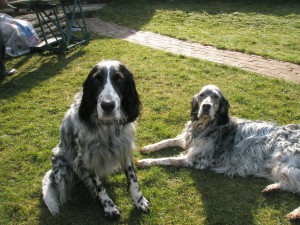