The Countryman’s Weekly Champion of Champions lurcher and terrier show was held at the Midland Game Fair at Weston Park, Shropshire on the 20th-21st September. As always the event attracted a huge crowd and entrants from right across the country competed to hopefully catch the judge eye to win the coveted Champion of Champions title. We are always delighted to sponsor the show, and look forward in doing so again to support this prestigious event.

The final Lurcher line up

( From left to right) Champion of Champions Terrier winner is Brian Campbell with Major
Reserve is S. Allibone with Bob
Judges were Mr Barrie Wade and Mr Paul Travers 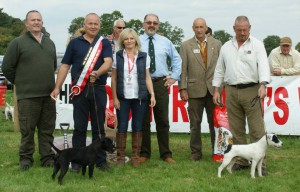 Dorwest also sponsored the Netmaking competition which is held every year at the Midland Game Fair. This is a hugely competitive competition and attracts many entries, where the entrants have to make a pursenet which is then judged. 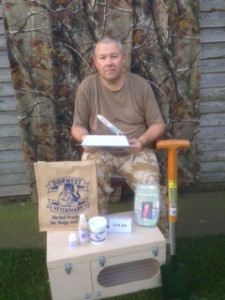