This summer saw the Dorwest team attending two of the major game fairs in the UK for the first time.  They were a great success and also hugely enjoyable all round. The team was made up of our newest member of staff Gemma Coomber (Dorwest Product Advisor) along with Roly Boughton (Director) who hit the road to two prestigious events the CLA Game Fair and Midland Game Fair. 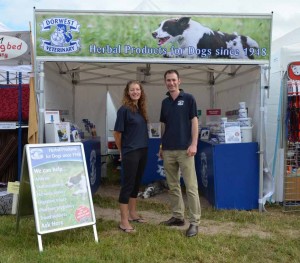 With Dorwest products having a very strong following in working dogs we received a warm welcome at both shows,  not only by our regular customers but we also saw many customers who use our products but had not met any of us face to face before, so it really was a great opportunity for us all and thoroughly enjoyable. 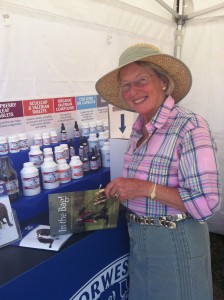 To celebrate us being at both game fairs we gave away a hamper stuffed full of Dorset food and drink along with Dorwest products and books! Our friend and Gundog author Margaret Allen of Tanderswell Kennels kindly came to sign her new book (In the Bag! Labrador Training from Puppy to Gundog) at the CLA game Fair which was part of the hamper up for grabs. As always at the Midland Game Fair we expected a large entry of lurchers and terriers as well as gundogs due to the prestigious Champion of Champions Competition final which held there and run by the Countryman’s Weekly newspaper. We were not disappointed as there were a large volume of dogs seen on both days of the show. Dorwest has been a major sponsor of the Champion of Champions Competition for many years and it was great to see so many people enjoying showing their dogs over the weekend, even if the Sunday was a little damp for people and dogs alike ! 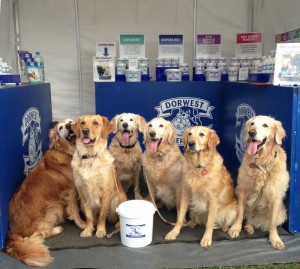 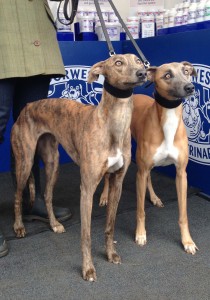 A beautiful brace of lurchers owned by Katie Finch and Steve Hensons at the Midland Game Fair. Rumour (pictured right) went on to win the prestigious Champions of Champions title later in the day!